Want to know which engineering degrees these international master's students chose? Take a look at their programmes, schools and how they funded their degrees now:

Hoping to further your engineering career? An MS degree or MEng degree is one of the fastest ways to increase your salary and your career options.

Looking for something specific? Jump to these links:

MS or MEng: which engineering degree do you want?

Engineering salaries: should you go for your Masters?

Apply for a loan to pursue your international MS or MEng

Master of Science vs Master of Engineering: which degree do you want?

One of the key differences between these degrees is the approach to learning:

But, you’ll find plenty of schools and grads ready to argue with this - you’ll find that both the MS engineering degree and ME degree are a mix of coursework and research. And, you’re not going to find a MEng or MS degree that’s entirely practical or classroom-based.

But, there are still a few differences in the MEng vs MS showdown.

What’s the difference between MSc, MS and SM?

In truth, not much. These are all different abbreviations for a Master of Science.

NOTE: The MSci degree offered in the UK is not a masters-level degree, but rather a combination of bachelor’s and master’s-level curriculum, which can make it confusing for those looking at MSc degrees. 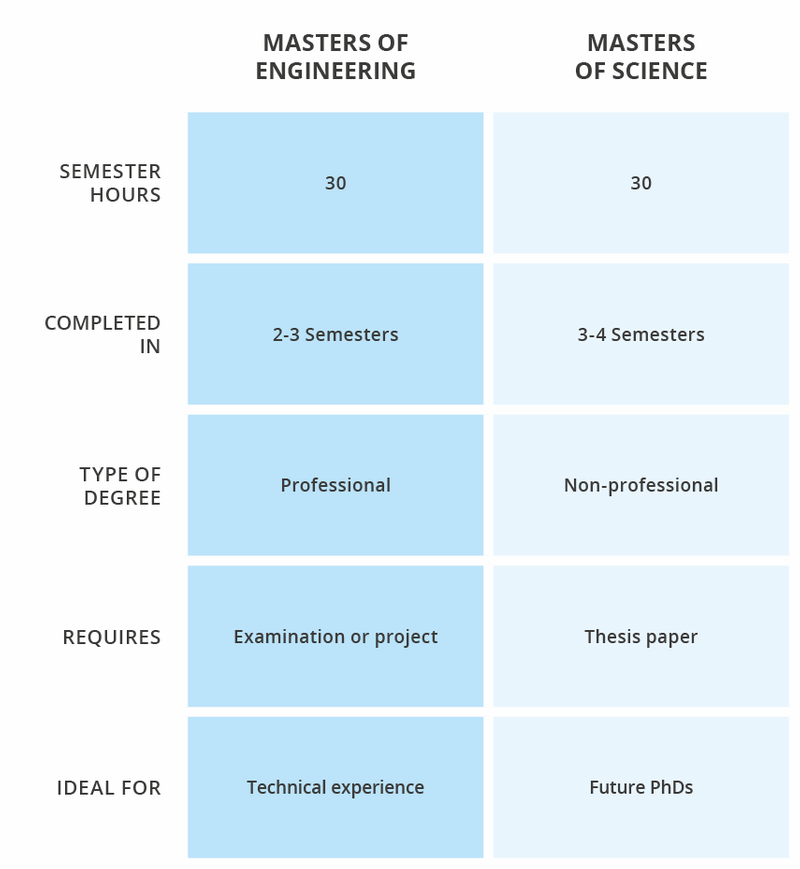 As many in engineering academia will tell you, the biggest difference is whether you plan to pursue a PhD or you want to immediately increase your opportunities in the workplace - but not always.

A look at UC Berkeley’s engineering degree differences demonstrates that the admissions requirements for Masters of Engineering vs Masters of Science are largely the the same. Both require GRE scores and both need three letters of recommendation.

At other schools, you may find that the cost per semester is the same which means that it boils down to the number of hours you take plus the cost of living.

That’s the case according to the Texas A&M calculator which calculates tuition according to school (engineering), year of admission, and whether students are state residents or not.

Masters of Engineering vs Masters of Science: academic differences

EXAMPLE: MEng students must take MEEN 602 — Modeling and Analysis of Mechanical Systems to satisfy their math requirement. MSME student may take MEEN 602, though they could take MEEN 601 or MEEN 603, but they’ll still need permission from their thesis advisor.

The core course choices are identical, though it’s a matter of what an individual student chooses to take. The key difference is whether a student pursues a thesis, in the case of a Masters of Science in Engineering degree or a portfolio project, as per the Masters of Engineering degree.

Of course, not all schools offer a choice of MEng vs MS - or at least not in the same field, such as mechanical engineering; you may not have a choice if you’re set on a particular university.

Master of Engineering vs Master of Science: recruitment and salary differences

If the core content is similar and the academic outcomes are identical, it’s fair to wonder whether there’s a big difference in the way employers recruit Master of Engineering vs Master of Science in Engineering grads.

And, it doesn’t seem as if there is.

Still looking at Texas A&M, there’s an Engineering Career Fair which takes place annually in the fall semester. Here, there isn't any separation of degrees; it’s open to everyone in the engineering and related faculties.

The companies registered to take part in the recruitment process don’t mention specific degrees either; they provide the level they’re recruiting at (bachelors, masters) and the departments they’re specifically looking at, such as Mechanical Engineering. They also note whether they’re interested in interns or full-time positions.

At UC Berkeley, reports from previous career fairs show they don’t discern between the degrees either; only by the department and level of education.

So is there a difference between Master of Science and Master of Engineering salaries?

Again, the answer is, not really. According to PayScale.com, the figures are pretty similar for grads of either MEng or MS degree based on the position they occupy.

In the battle of Master of Engineering vs Master of Science, the field matters more than the degree, as does the location of employment.

But, a glance at the numbers of recorded salaries from the US demonstrates that there are more Masters of Science in Engineering grads - either that take the time to report their salary or just in general.

One reason for that may just be that with such a balanced curriculum, opportunities, and salaries, the option of pursuing a PhD in the future, students want to keep their path open with an MS degree.

That is, perhaps, the biggest difference between Master of Science and Master of Engineering - especially considering that you’ll find top schools offering both degrees. And, with Prodigy Finance loans for qualified international students, it’s entirely possible to find funding for both.

Interested in pursuing a management degree to climb the ranks in engineering?

It’s a popular choice. You’ll find a variety of courses offered in both business and engineering departments, as well as a number of crossover degrees.

What’s the difference between all these degrees?

Although there is plenty of overlap between the engineering fields, there aren’t any general engineering degrees at the masters level; you’ll need to pick an engineering specialisation before beginning your engineering applications.

Already know which engineering field and degree is right for you? We’ll talk you through each step, from the GRE to Statement of Purpose essays. Check out our complete guide to engineering masters applications. 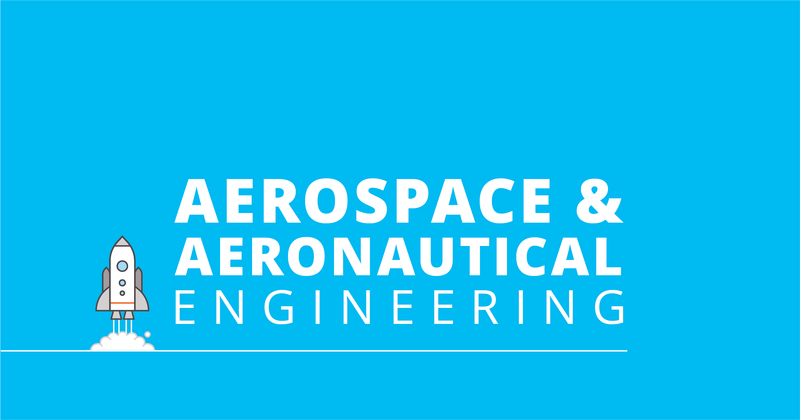 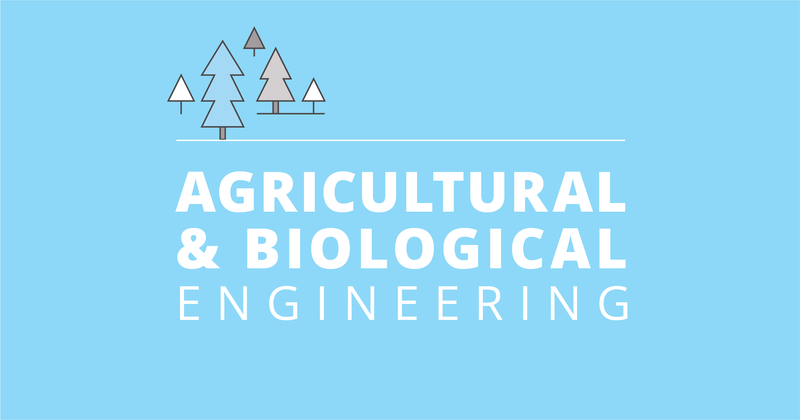 In the US, the top 10% of agricultural engineers earn an estimated $114,800 annually. Jobs are spread across states and industry types. 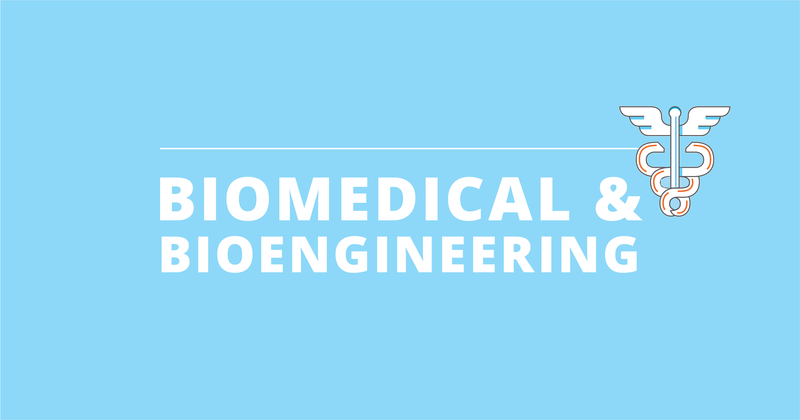 Monster.com puts the median pay for biomedical engineers at $129,000, with Directors of Engineering earning around $164,000 annually. 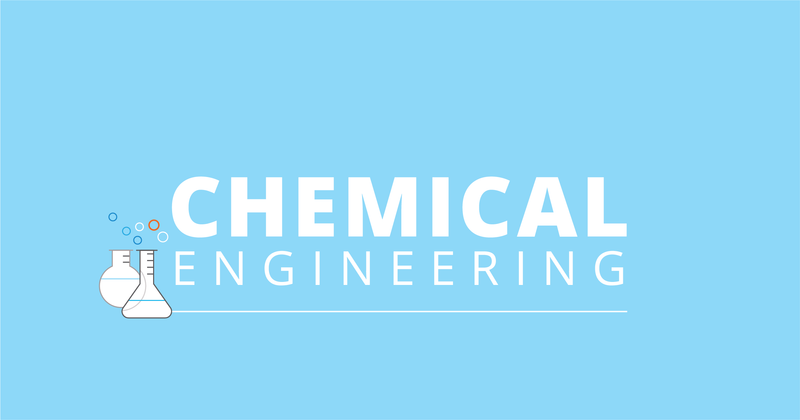 According to the US Bureau of Labor Statistics (US BLS), the 2018 median salary for biomedical engineers is $104,910 - and that includes entry-level employees, so you can bet master’s salaries look even better. 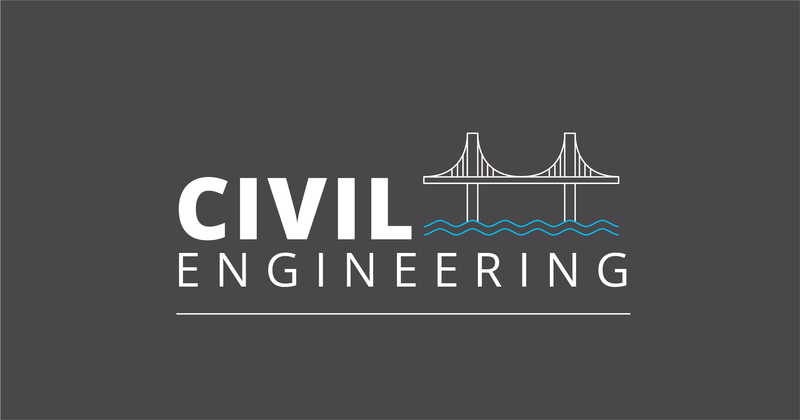 want to know more about the top civil engineering programmes? 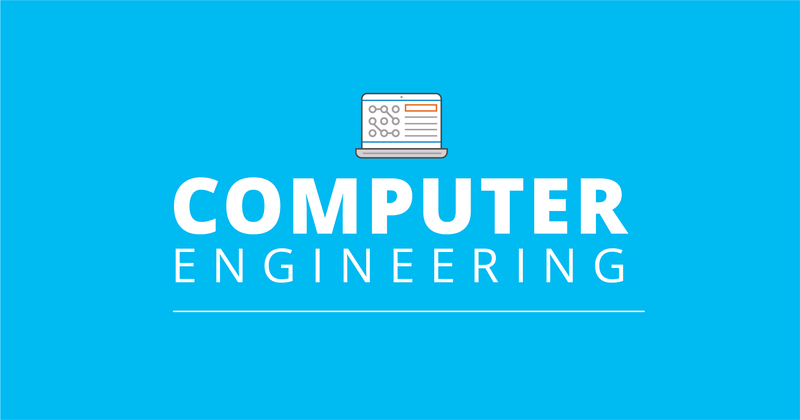 This is one of the highest-earning master’s degrees you can get according to a Forbes ranking, with a mid-career median salary of $129,000. 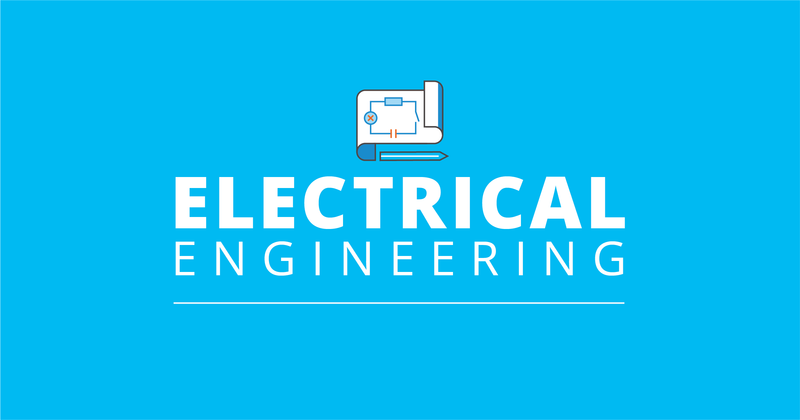 The 2018 median salary for electrical engineers in the US is $99,070 annually which is higher than the US BLS median salaries for many engineering fields. And, it’s only the median in this diverse field.

Ready to learn more about the top EE programmes? 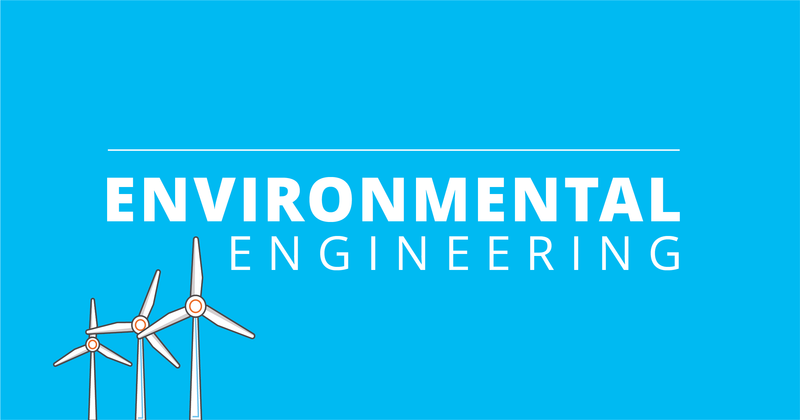 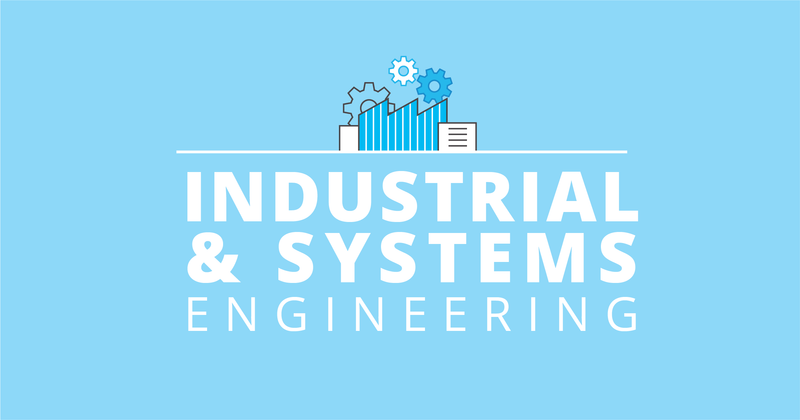 Industrial engineering in the US earned a median salary of $87,040 in 2018 - and another 25,100 new jobs are expected to open up over the next several years. 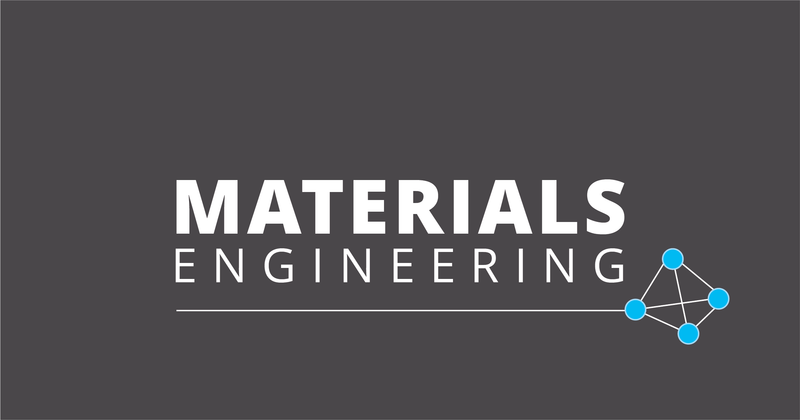 Materials engineers earn a median of $92,390 in the US, according to the BLS; it’s also offers work in some of the most diverse companies across the globe. 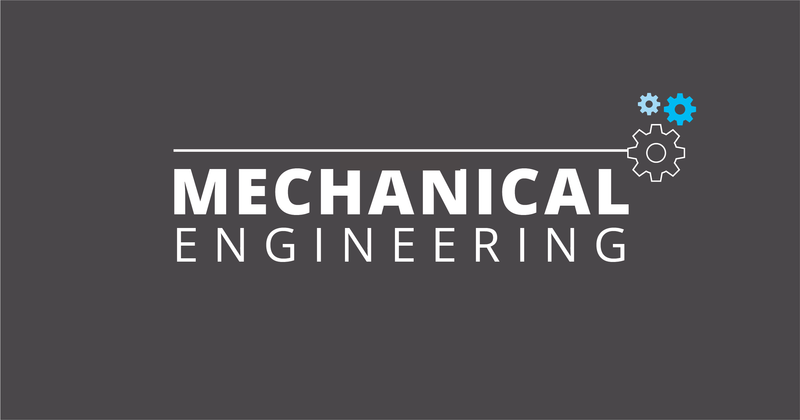 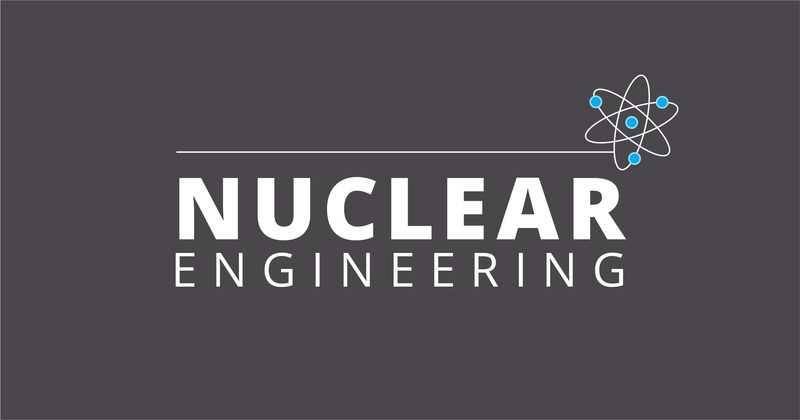 With one of the highest median salaries - $107,600 - according to the US BLS, you can see that skilled engineers are in high demand, inside and outside the US.

If you did, you’d be missing schools such as:

Obviously, you’ll want to shoot for the best possible GRE score you can get, but you shouldn’t rule out your top choice schools because of a lower than desired score. Several highly-ranked engineering schools have average GRE scores under 320.

And, although engineering master’s programmes usually don’t specify minimum GRE scores for admission, they’re a good indication of the applicants they’re looking for.

Of course, your GRE score is simply one aspect of your engineering application. You’ll also need a solid Statement of Purpose essay and to secure awesome reference letters.

Check out our complete guide to engineering masters applications

Engineering salaries: should you go for your masters?

How much you’ll make as an engineer depends on several factors, including your engineering field, education level and the school you attend.

Either way, you can expect to earn at least $17,000 more annually than engineers without a master’s degree. Sounds good, right?

Interested in making as much money as you can? Take a look at the highest paying engineering jobs that’ll give you opportunities to spread your wings.

Wondering how you'll fund your international engineering master's degree? See what these parents of a Prodigy Finance borrower had to say about looking for international student loans:

Already have an admit to your top choice engineering master’s?

Now’s the time to start thinking about financing your degree, securing an F-1 study visa and making the most of your campus experience. And, we can help with all of it.

Ready to learn everything you need to know about engineering and STEM masters degrees at... Continue reading

Anyone considering an MBA knows just how much work goes into it. That’s just as true for... Continue reading

MS in the US: A guide to cost of living in the USA

Planning to get your MS degree from a US university as an international student? Your finances... Continue reading

How to fund your international masters degree

Almost nothing about an international masters degree is cheap. But it might just be the most... Continue reading