Ready to learn everything you need to know about engineering and STEM masters degrees at the College of Engineering at the University of California at Berkeley? You're in the right place!

Founded in 1868 as one of of ten research universities in the University of California system, you’ll still find an emphasis on research today - especially in the engineering department. That’s easily evidenced by the 31 Nobel prizes held by alumni - and the eight held by current faculty. The list of accolades is seemingly endless which is just one reason this highly-ranked school is so popular.

Another reason really could be the inviting beauty of the campus, the city of Berkeley and the San Francisco Bay area. Although it’s really never hot, it’s also hardly ever cold, making it easy to enjoy the area year-round. And, the proximity to Silicon Valley should never be underestimated for engineering students hoping to found startups or just work in some of the biggest names in the tech industries. Excited? You’re not alone; this is one of the most popular engineering schools in the world.

Where is UC Berkeley?

What can you study at UC Berkeley’s College Engineering?

Ranked third overall for graduate engineering by U.S. News & World Report, UC Berkeley has an impeccable reputation - and that trickles down to (or rather, flows up from) the outstanding results at the departmental level.

As you would expect from such a reputable school, UC Berkeley offers plenty of career support for their students. You’ll find a general career fair in the spring, but that’s just the beginning.

There’s also a graduate career fair as well as a masters career fair - and special recruitment days for EECS and CEE students.

You’ll find assistance is readily available - and same-day appointments can be booked for career counseling for those finding themselves with opportunities and offers they need to respond to urgently.

average signing bonus for ME and IEOR grads

Between their reputation and dedication to supporting their students, UC Berkeley almost ensures that grads have access to some of the best opportunities in the country - and across the globe.

Berkeley may fall within the San Francisco Bay area, but it’s definitely a city and lifestyle on its own. And, with the university at the centre of the city, you’ll automatically fall right into place. Plus, you’ve got San Francisco and California beckoning you from your front door.

But there is a catch to the moderate temperatures of this quaint and comfortable California city - the cost of living is quite high. You’re likely to find this aspect to be higher than the school-published figures suggest and you’ll need to be savvy to make the most of a tight budget - starting with your housing arrangements.

On-campus graduate housing is available, and you’ll find that the options - shared and individually let - are mostly inline with local rental rates: around $1400-2200 a month (though you’ll need to work very hard to find furnished apartments on the lower end of that scale). This nearly meets or already exceeds the living expenses suggested by UC Berkeley. But, if you’re willing to find an off-campus apartment and share your bedroom with another student, you’ll be able to bring these costs down significantly. And, UC Berkeley does offer sg to ome assistance in this regard.

Additionally, while there are campus meal plans available (and it’s not a bad idea to use these as a starting point when developing your budget), you could potentially save some money by preparing the majority of your meals in your own kitchen. You’ll find just about everything you need in and around Berkeley, so you shouldn’t have to travel too far to pick up special ingredients to remind you of home.

Bicycles and public transport are the best ways to get around and, usually, the weather conditions are conducive to both. Between the two, including the school-run busses, you’ll be able to get around easily - and save on the expense of having and driving a car (most of the time, though you may want to rent one when exploring a little further afield).

As there are so many ways to save - if you’re willing to compromise a little - you shouldn’t let the expenses stand in the way of the amazing education UC Berkeley offers; just see what Aminad has to say about his experience. 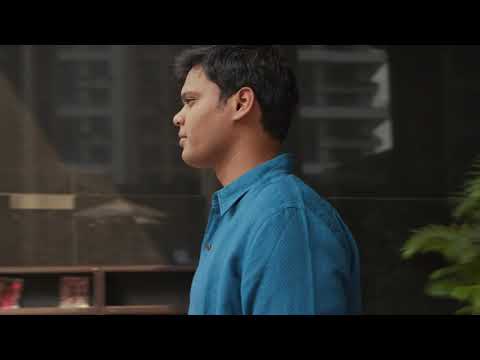 How to get into UC Berkeley Engineering

Just over 25% of engineering masters applicants receive an admit from UC Berkeley. That alone should tell you that it’s not the easiest school to get into. And, it’s not. But there is a lot of speculation about the type of candidates UC Berkeley is looking for.

For example, many believe that it’s all about the undergrad GPA - and let’s be honest, that will always be a factor for top tier, selective universities. But, it’s really not just about the numbers (GRE scores included). UC Berkeley is very interested in research background and goals, as well. Much more than half of the relatively small group of graduate engineering students falls on the PhD side rather than the masters side - so it’s really a matter of showing where you want to go and demonstrating through the numbers that you’re capable of getting there.

Even if they were looking at just numbers and research, the school would be able to put together a diverse group, though you can be certain that the school will also look for a range of students capable of working well with others as well as independently.

However you present yourself through your application, you should be certain everything is as polished as it can be, especially if your numbers are lower than their averages. And, it should go without saying that your Statement of Purpose (SoP) essay is critical - regardless of your scores or the current averages of admitted students:

TIP: While UC Berkeley doesn’t break down the specifics of their Cost of Attendance for international grad students; you’ll be expected to meet this amount for a single year of study to secure your I-20 form and apply for your F-1 student visa.

However, it’s always a good idea to spend some time researching costs with your expected standard of living to ensure you have a workable budget that you can stick to.

There are some opportunities for international grad students to secure on-campus research and teaching assistantship positions, though they’re very competitive. Not only are there certain minimums that must be met (especially in terms of grade point average and English language proficiency), but you will also face limits to the total time you can work.

In very rare cases, scholarships and fellowships are available for extremely qualified applicants, but these shouldn’t be counted on. That doesn’t mean, of course, that you shouldn’t seek out additional scholarship opportunities - every student should apply for as many opportunities as they qualify for.

Prodigy Finance offers loans for international masters students at the College of Engineering at the University of California Berkeley.

Students from supported countries pursuing masters programmes that can be completed in less than 2 years are eligible to apply.

Curious to know what you could earn in the long run?

Studying abroad is an investment, and it’s important to know the return on investment of your masters degree. There’s a lot to consider, so we’ve put together a calculator which will help you estimate the potential returns over 20 years. Use our calculator to find out how much you could earn.

Ready to transform your future with a MS degree from UC Berkeley?

Prodigy Finance provides loans to international masters students pursuing their masters degrees at the College of Engineering at the University of California Berkeley.

If you want to go ahead and know the difference between master of science and master of engineering, or if you want to know what and where to study, try our Study Centre which is filled with expert opinions on a range of topics.

For any other information about Prodigy Finance, or our student loan process, feel free to browse through our site, or register for a webinar to have your questions answered by one of our team.

Our mission is to make quality education accessible for all - globally.