International grad students: Do you need TOEFL, IELTS, or another test of English proficiency? 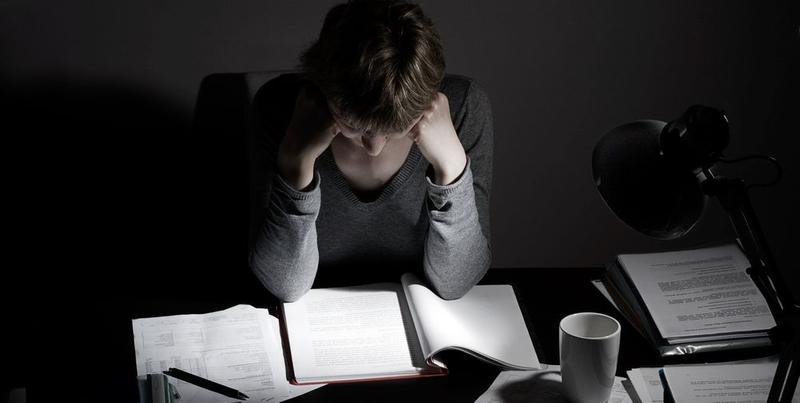 Looking for a specific answer? You might find it in one of these sections:

Top international graduate programmes – even in countries like Spain and China – use English as the medium of instruction in many cases. You’ll need to demonstrate English proficiency to get a seat.

There are a variety of common English proficiency tests, but no normal set of standards. Each university sets its own minimums for scoring and determine the English language exams they'll accept.

You’ll need to do your research before tackling one of these English proficiency tests.

Every programme sets its own parameters, but there are some generalities you can expect.

For a start, waivers are often provided for applicants from certain countries. If you're from Australia and want to study in England or the United States, you probably won’t need an English proficiency exam.

But is TOEFL necessary for students from multilingual countries or regions, such as Latin American, African, or Indian students?

But, there are often ways around these stipulations.

If you recently completed an undergraduate degree using English or you've worked for at least 2 years in a country with English as an official language, you're likely to receive an exemption.

Remember, however, that the United States does not have an official language, so American citizenship or residence may not be enough for admissions committees.

While there are several exams out there, only a few are widely accepted at the top post-grad universities.

The most common are TOEFL and IELTS tests to check your level of English proficiency. Questioning if you should take the TOEFL vs PTE exam vs IELTS is an age-old debate. To help you make a decision, read on to find out more about which of these tests to take.

The Test of English as a Foreign Language (TOEFL) is perhaps the most widely accepted – and, therefore, the best-known exam of English proficiency.

Who needs to take TOEFL? Is TOEFL required for international students? If you’re looking to attend universities abroad, and English is not your first-language, you'll need to take the exam.

There are currently two different types of TOEFL exams:

Following the recent revisions of the TOEFL pBT, the scoring is the same between the new formats:

If you've already taken the TOEFL pBT, universities will continue to accept those scores until the two-year expiration point is met.

While many universities accept the IELTS exam, there are fewer programmes that will take these scores than will accept TOEFL scores. And, most post-graduate universities that take the IELTS test only accept the Academic test.

The IELTS also tests your reading, writing, listening, and speaking abilities, but the scoring is considerably different from the TOEFL exam. Final scores are provided on a nine-band scale.

Is TOEFL easier than IELTS?

It depends on the individual. Different websites will give you different answers to that question. The truth is, it entirely depends on you. Some people find the TOEFL easier, while others think that IELTS is simpler. The duration and format of both the exams are different, and this plays a role in determining which is easier between TOEFL and IELTS.

In addition to TOEFL and IELTS, there are a few other tests available. Though less common, you will find programmes that accept these exams. If you happen to attend an institution that proctors these tests, you may find it easier to enrol in them, but you may struggle to find schools that accept them.

One of the biggest benefits of the Pearson (Academic) Test of English (PTE) is that results are available within 5 days and many receive their results in as little as 2 days. If you need to rush your English test, give this one a go.

The PTE is scored on a scale between 10 and 90, with a 90 being generally comparable to a 9 on the IELTS.

In addition to the TOEFL, IELTS, and PTE tests, you'll find that there are institutions that accept other exam results.

The number of schools accepting other scores is relatively low. But you should consider them if:

You can take a look at conversion charts to see what your estimated score will be based on the scoring system of a different test. For example, you can find TOEFL to IELTS conversion tables that will show you the equivalent IELTS score of a TOEFL score.

How many countries accept TOEFL and IELTS?

Additionally, some departments have a different requirement than the university generally.

For example, Duke University accepts IELTS and TOEFL scores for many grad-level programmes. But, if you want to attend the Pratt School of Engineering, you can only submit a TOEFL score.

If you're hoping to get a teaching or research assistantship, the minimum score you need might be higher than the admissions requirement.

Additionally, while most test results are valid for 2 years, many universities require the test scores to be valid until the first day of class – not the date of admission. If your results are ageing, you may need to sit the exam again.

University of California at Berkeley (Haas)

University of Texas at Austin (McCombs)

University of California at Irvine (Merage)

If standardised tests aren’t your strong point – and you already need to sweat through the GMAT or GRE, consider applying to one of the top business schools that doesn’t require the TOEFL or any other English exam. Believe it or not, these programmes do exist.

That doesn’t mean you can get by in another language; you’ll still need an excellent grasp of English – but you don’t need a test to prove it.

This small handful of universities check for English proficiency through essays, the verbal sections on the GMAT or GRE and interviews.

Whether you can waive the requirement for an English exam, you’re not going to get away from verbal gymnastics in any grad-level course. It’s important to get in (or back in) the groove of reading complex texts regularly so you do well on your exams and in the classroom.

Need funding for your dream school?

Prodigy Finance can help you with that. We provide student loans for an international masters education.

Post updated for accuracy and freshness on November 4, 2019. Originally published on August 13, 2018.