Can you take your kids with you to do your MBA? 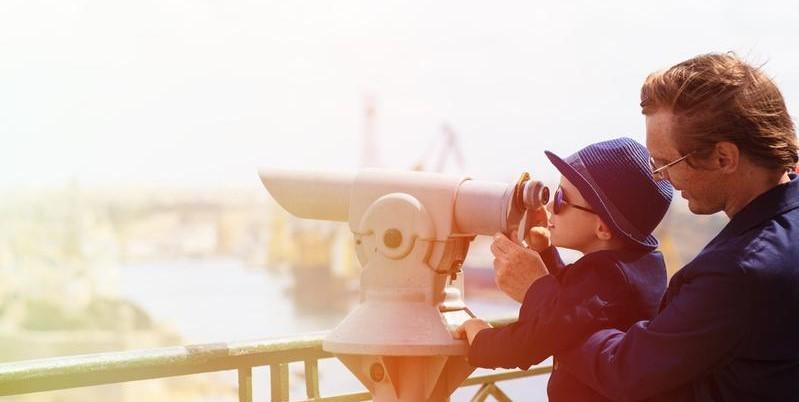 Everything about business school is intense. It starts with the GMAT and your applications. It follows through to grueling course loads and study trips on other continents. Then, of course, there are internships and the imperative to find post-MBA employment.

And, it’s scary enough to leave your job and do it on your own. Can anyone possibly manage business school with a family in tow? Is an MBA with kids possible?

It’s certainly not easy, but then, nothing about an MBA is. However, not only has it been done; there are always people that do it with seeming ease - and most business schools offer support too.

MBA studies may place a strain on relationships outside of the programme. So do dozens of other opportunities and challenges in life. But, business schools go out of their way to make it as easy as it can be. Getting an MBA with a family in tow might seem tough, but most business schools will offer support.

Columbia Business School has a Columbia Better Halves Club. You’ll find similar programmes at Harvard Business School, the Wharton School of Business, and just about every other top business school in the United States.

It’s not any different when you cross (either) ocean from there. London Business School set up its Partners Club in 1999.

At INSEAD, MBA candidates are almost encouraged to bring their partners. The school claims that roughly 30% of their students bring their families to both the Fontainebleau and Singapore campuses.

Children travelling with their parents receive almost as many benefits as MBA students themselves with access to libraries, gym memberships, access cards, and playrooms designed to spark international connections.

When mom is the MBA candidate

It’s true that more male MBA candidates bring their wives and children with them to study than female candidates.  But, there are still more men pursuing MBAs and executive MBAs at international schools than there are women.

Business schools offer places based on quality and ability – not on family situation.  That means there have been many examples of new mothers and single mothers pursuing their education while caring for their children.

Divinity Matovu was an international MBA candidate at the Wharton School of Business.  She is also a single mother of two. Although only one child traveled to the United States from Uganda with her (the other is an adopted child and lived with Divinity's ex-husband), she pursued her goals wholeheartedly.

At the Fuqua School of Business, Ginna Rodriguez earned her MBA in 2013.  When she arrived on campus, her child was a mere two-months-old. Though she jokes about pumping while her classmates were just pumped, she is a clear example of success.

On the other hand, bringing your family with you isn’t for everyone. Teodora Chatzisarros, a former Prodigy Finance student blogger, was an international MBA candidate at London Business School.  During her studies, her son lived in Romania with Teodora’s family. It’s tough, but it’s doable – just like the MBA itself.

If you’re considering an MBA while also raising a family, the best advice is to reach out to the partners and family clubs at your short-listed schools.  Not only will you find success stories of those undertaking an MBA with kids, but you’ll also learn exactly what resources are available.

Post updated for accuracy and freshness on January 22, 2020. Originally published on December 9, 2016.