What is a good GMAT score for MiM and MiF programmes? 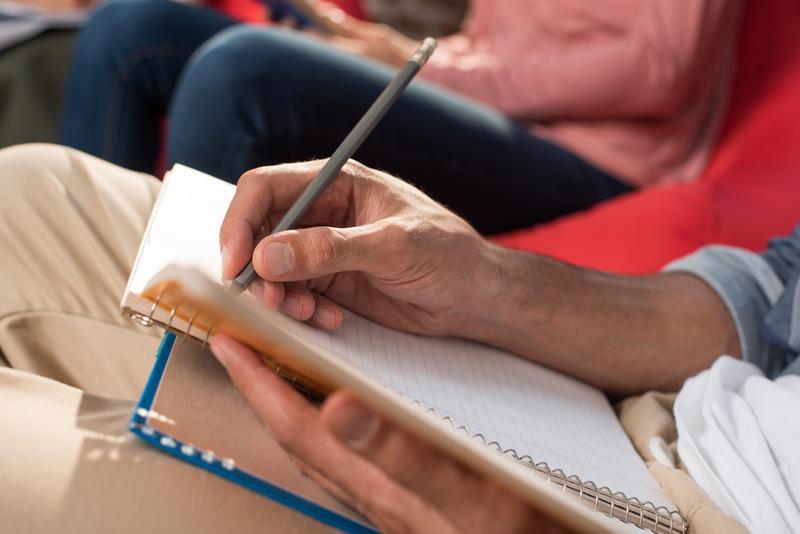 Looking for more depth? Jump to any of these sections:

Do you need the GMAT for MiF and MiM programmes?

Do you need 700+ GMAT for MiM and MiF programmes?

GMAT is only part of MiF and MiM applications

Anyone considering a masters in business has definitely taken some time to consider the GMAT – and perhaps already begun studying for this incredible undertaking. It is, after all, the marker that enables administrators to compare apples with apples – and it’s perhaps the only aspect of an application that allows for that comparison.

But, that’s when it comes to MBA applications, right?

If you’re considering another masters degree, you don’t need to worry as much about this exam, do you?

Sadly, it’s not as cut and dry as that.

While there are certainly cases where applicants with sub-par GMAT scores are admitted to top business schools, it’s not the norm. Most candidates do their best to craft an unquestionable application – and that means awesome standardised test scores. But what is a good GMAT score?

If you’re like many others, you’ll be wondering, is 700 a good GMAT score? Well, while 700 or higher is great, it’s actually the average GMAT score for most MBAs globally. In the United States, the top MBA programmes (including Wharton, Harvard, Kellogg, and Yale) boast average GMAT scores around the 730 mark. (Stanford's GMAT average is 737.) Columbia, MIT, Tuck, and Haas, on the other hand, have average GMAT results closer to 720.

Across the Atlantic, GMAT scores for top European MBA programmes are slightly lower. Only INSEAD and LBS GMAT scores have average results over the 700 mark while the majority of programmes sit closer to 670 or 680.

There are plenty of reasons for the discrepancies, with some sources suggesting it’s a matter of reduced selectivity while others argue that European programmes admit higher numbers of non-native English speakers.

A third reason, and probably the one closer to the truth, suggests one-year programmes (as most European MBAs are) rely more on previous experience than two-year courses which include internships within their structure.

It doesn’t matter how you dice it, most MBA applicants need a solid GMAT score to round off their applications.

Do you need the GMAT for MiF and MiM programmes?

Not all business masters are MBAs however. Executive MBAs, though graduates can still claim the same letters and degree, aren’t always required to sit for the GMAT exam when applying to programmes (international or otherwise).

Students pursuing a Masters in Finance (MiF) or Masters in Management (MiM) also fall into a different category, even though you’ll find these programmes at the same top universities and elite business schools. MiF and MiM students are usually younger, with a minimum of one year professional experience rather than the average of five that MBA ad comms prefer to see.

It stands to reason, given the age differences – and the reduced number of applicants that GMAT expectations also change. And they do.

Many of these programmes list the GMAT as optional – if needed at all.

For example, at Warwick Business School, there is no GMAT requirement for admission to the finance masters programme, though they do state that a score over 700 may strengthen your application.

London Business School, on the other hand, has a waiver programme, though there is no up-front guarantee that you won’t need the GMAT for their Masters in Finance degree. If it’s your dream school, it’s best to start studying.

At Michigan Ross, the Masters in Management programme allows for GRE scores instead of GMAT scores, and they suggest that many applicants prefer the GRE, which does give these applicants some degree of choice.

It is worth noting that while many of the masters in finance or management programmes are technically hosted by the business faculties alongside MBA classes, they aren’t all business degrees.

Indeed, many schools (across the globe) offer Masters of Science degrees, such as a Master of Science in Finance – and as a science rather than a business field of study means programmes are perhaps more willing to accept those GRE scores which some students find slightly easier than the GMAT.

Do you need 700+ GMAT for MiM and MiF programmes?

If you’re applying to Warwick, you know there isn’t much point in submitting GMAT scores with your MScF application unless you have a stellar result. But, do you need to reach that target for other schools?

It absolutely depends on the programme.

An example of this is the GMAT for LBS. The LBS average GMAT score for the MBA programme is 708, but the LBS MiM GMAT score average is 681.

You’ll see this in MIT’s Sloan School of Business. The MBA ranks ninth on the FT Global MBA Ranking and carries an median GMAT score of 716. Its finance masters programme is seventh on the FT MiF Ranking and has an average GMAT of 726.

It’s the same story at Imperial College Business School. The MBA comes in at 51 on the list and has a GMAT average of 654. Their MScF programme, however, falls in ninth and has around a 700 GMAT average.

HEC Paris comes in at 21 on the Global MBA list and the GMAT score is 690, but it’s number two on the MiM list.and the MiM GMAT score is 710.

At Cass, you’ll find that the average GMAT scores for the MBA, MScF, and MScM programmes are all around the 650 mark (the MBA score is a little lower than their finance GMAT averages), even though they fall at different points on the rankings; that’s 46, 20, and 18 respectively.

GMAT is only part of MiF and MiM applications

The truth of the matter is that the average GMAT score for any business masters programme is somewhat irrelevant. While it’s the easiest way to compare applicants, it is only one aspect of an application.

There’s always a story or two about successful applications with lower than average scores because it demonstrates that schools are after more than simply high numbers; they want well-rounded applicants.

It’s true for the MBA – and it’s the same for MiM and MiF programmes. Across all masters-level business programmes, you’re after your best possible application package. In some cases, that means a GMAT score you want to boast about; at other times, it means skipping the heavy test preparation in favour of a compelling essay the ad comms just can’t put down.

And, as is always the case with post-grad education, it’s a matter of researching every school and choosing the right programmes to apply to. If you’re considering an MiF or MiM rather than an MBA, you may just be lucky enough to dodge the GMAT, but you should always keep in mind that scholarships and financial aid is often linked to your score. So, you may find yourself prepping for the test even after you have an acceptance letter in hand.

Once you’ve gotten in, we can help you out.

Prodigy Finance is here to help you fund your education at some of the world’s top international schools.

APPLY FOR A LOAN NOW

Post updated for accuracy and freshness on October 9, 2019. Originally published on December 22, 2017.