What’s the best MBA in Europe? 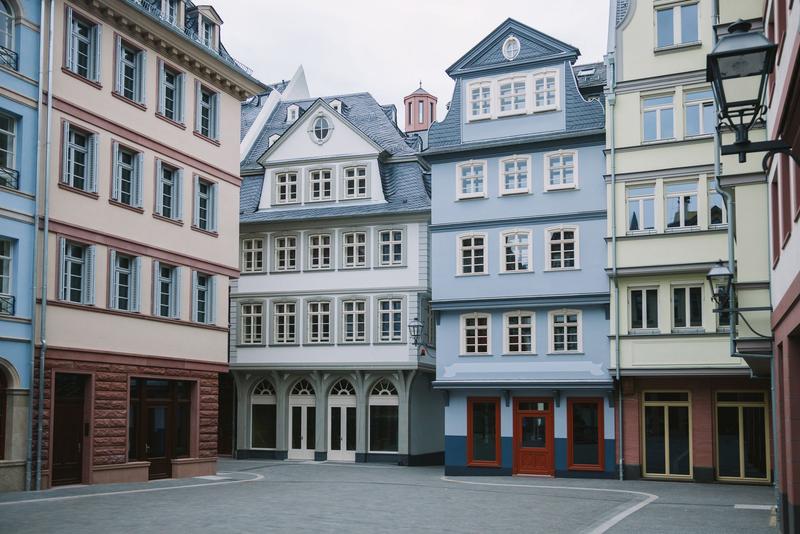 If you’re considering an international MBA, you’ve got a lot of choices to make before you step foot on campus.

First up is where you’ll study. Though you’ll find top-ranked business schools across the globe, there’s a special appeal to getting your MBA in Europe. Plus, you’ll find amazing career opportunities and recruiters at all of the highly ranked MBA programmes alongside salary increases and international jobs. There are quite a few excellent MBA universities in Europe, such as IE and Cass, and you can choose from a one-year, two-year, part-time or other MBA in Europe.

You just need to find the best international MBA programme for you. Have a look at the top business schools in Europe.

The best MBA in Europe by ranking

Many future MBAs begin the school shortlisting process by going through MBA ranking lists to see what schools are out there, how they fare against each other, how much they cost and expected salary increases. For example, an MBA aspirant hoping to specialise in Finance will take a look at the MBA Finance rankings.

While MBA rankings are only the beginning of the process, they can certainly speed up school research and help you zero in on the best business schools in Europe and the rest of the world. But, they’re far more useful when you understand what goes into each one. There are various criteria that ranking agencies consider. Let’s take a look at the factors that they consider when ranking every business school.

The Forbes MBA rankings look only at a single criteria:

The Financial Times Global MBA rankings are based on 20 weighted criteria:

The Financial Times European business school ranking is a composite of each school’s scores on other FT ranking lists, specifically:

These metrics explain some of the differences in position across MBA ranking lists. Just take a look.

The best European MBAs by specialisation

MBA rankings are, of course, only a starting point; you’ll still need a closer look at those that pique your interest. After all, there’s no point in applying to a European MBA programme that doesn’t offer core or elective classes in a specialisation you wish to pursue.

While there aren’t any widely-recognised European specialisation ranking lists, you can take a look at these lists. Find the best Finance MBA, best Entrepreneurship MBA, and other top MBA specialisations here:

Looking for an MBA in Europe with a consulting specialisation?

Here are a few of the top international business schools in Europe that offer a specialised MBA in consulting:

Looking for an MBA in Europe with a CSR specialisation?

Looking for an MBA in Europe with an entrepreneurship specialisation?

Looking for an MBA in Europe with a finance specialisation?

Looking for an MBA in Europe with an international business specialisation?

Looking for an MBA in Europe with a luxury brand management specialisation?

Looking for an MBA in Europe with a marketing specialisation?

Looking for an MBA in Europe with a private equity specialisation?

Just because a school ranks highly or offers your specialisation, it doesn’t mean it’s automatically the right one for you. You’ll need to dig a little deeper which will help both you and the admissions committees at your top-choice schools.

With every MBA application you submit and every interview you attend, you’ll need to answer “why MBA?” and “why this programme?”. Clarity is critical to admissions committees. Like you, they want to know that you’ve done your homework and are only applying to schools that fit your goals and needs.

And, it’s precisely these factors that will guide you towards the best MBA in Europe for you.

How long do MBA programmes in Europe take?

Most European MBA programmes last between 10 and 15 months. You can also do a part-time MBA in Europe. For that, you’ll want to check out the part-time MBA rankings in Europe, and decide accordingly. Countless business schools in Europe offer part-time MBA degrees.

There are, however, a few European MBAs that extend upwards of 16 months. These programmes are ideal for candidates who want to make the most of experiential learning alongside their classroom experiences.

If you’re after a longer programme, you might want to check out:

How much do European MBA programmes cost?

There are some obvious cost benefits to choosing the standard 1-year format of European MBAs - and lower costs are often at the top of the list. Regardless of tuition fees, a shorter on-campus period means you could be spending much less to feed and house yourself with one of these programmes.

That said, top-ranked programmes tend towards higher tuition expenses, even if they have shorter durations. However, opting for schools in smaller cities will generally cut MBA costs. So, although the best MBA programmes in London and Paris may tempt you initially, make a point to look at the highly-ranked schools in cities like Mannheim, Lancaster, and Nice. Or, if you’re set on staying in a capital city, consider Berlin and Madrid. Although an MBA in Europe may be costly if you choose a top school in a larger city, there are also less expensive alternatives you can consider that offer excellent programmes.

Consider the ROI of European MBAs rather than cost alone

The MBA is an investment. While the initial outlay may be higher than you may like, the Return on Investment (ROI) is what counts in the long-run.

European MBAs don’t follow a particular pattern when it comes to ROI; it’s not possible to say it’s the least or the most expensive schools or the highest and lowest ranked programmes typically offer the best returns. In fact, you can’t even say it’s mostly in the middle; there is a definite range.

The best schools for 10-year ROI include:

Want to calculate the ROI of your top-choice European MBA programmes? This guide will take you through the equation and give you an idea of costs and salary increases.

What GMAT score do you need for European business schools?

The GMAT has long been a standard of selectivity for business schools across the globe - even if it’s not absolute. Every year, there are stories of applicants with low GMAT results getting into the highest-ranked MBA programmes. Still, it’s a good predictor of selectivity and worthwhile to consider the average scores for a school when narrowing your shortlist.

And, you may want to look specifically at:

Getting your student visa for European universities

And, of course, there’s the question of whether you can actually get into the country where you wish to study. Many applicants find the international student visa application process a little less daunting for countries like France and Germany than for the UK Tier 4 student visa.

Though international study visas are issued according to an individual’s ability to meet the requirements of their host country, there is one criteria you’ll need to meet for any European study visa: the ability to pay for your studies and living expenses while you’re there.